A brand-new precinct that transforms some of Sydney’s oldest buildings and forgotten corners into a vibrant hub of light, music and ideas 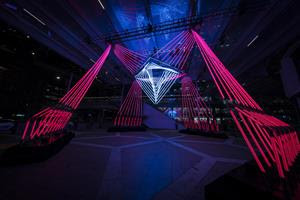 SYDNEY, May 26, 2022 (GLOBE NEWSWIRE) — Central Station and The Goods Line will be part of Vivid Sydney for the first time in 2022. Light projections, installations and music events will be held in the historic station building and along the adjoining revitalised walkway, and Central Station’s iconic clock tower will be illuminated. Two of Sydney’s great educational institutions nearby, the University of Technology Sydney and the Powerhouse Museum, will also host events for the Vivid Ideas program, including the fascinating Vivid Ideas Exchange.

This interactive projection uses motion capture technology to turn a person’s movements into animated action, then beams them onto the landmark clock tower. Visitors will be transported, in fantastic and unexpected ways, to the places that make Sydney unique, from Bondi Beach to diverse cultural icons.

The largest-scale laser installation in Vivid Sydney history — with more than 100 custom-made laser units — creates a spectacular, immersive visual experience. The unused Goods Line tunnel becomes a portal to a spectacular convergence of lights, lasers and smoke effects that will leave guests wondering where the tunnel leads and what they’ll discover as they journey deeper underground.

As visitors stroll along The Goods Line, the back wall of the Powerhouse Museum comes alive with an animated vision of Sydney’s streets through time, creating a 130m-long meditation of the forces that have shaped Sydney. This moving mural uses footage from the ABC, the National Film and Sound Archive of Australia, the former Maritime Workers Union, the Transport for NSW Historical collection and more.

Discover a city within the city, where shimmering surfaces beckon. Visitors weave their way through a series of building-like forms covered in dichroic film. This playful installation invites people on a journey through many vignettes of Sydney life. Will they recognise Oxford Street, the Northern Beaches, a game of backyard cricket or the late-night allure of Kings Cross?

This trio of light sculptures acts as a platform for the stories of Yolngu dancers Baykali Ganambarr, Wakara Gondarra and Watjarr (Marko) Garmu, with LED screen technology giving them a new way to express themselves that truly brings their language to fresh eyes and ears. Watch as the fire dances, the yidaki (traditional didgeridoo) sings and poetry is spoken.

An arresting video projection of a pair of bejewelled stilettos stomping and splashing through puddles of silver paint. It’s a play on the Vivid Sydney 2022 theme of “Soul of the City,” as a “sole” of a different kind can be seen as a catalyst for change.

The Grand Concourse of Central Station becomes an impromptu concert hall with a different band performing every week. Stop by for some swing, bluegrass, jazz, pop and more on the way to or from the Light Walk.

The city’s best spinners will hit the decks during Vivid Sydney on a new stage set up among the Light Walk along The Goods Line. There’s a different DJ playing every night including Stereogamous, Kate Monroe, Stephen Ferris, Peewee Ferris and LUEN.

Celebrate who and what makes Sydney unique through talks, music, performance and art at Vivid Ideas Up Late. The Powerhouse Museum will host three events in the series: Beautiful Freak in the Machine (2 June), Ballroom & the West Ball (9 June), and Queer Sydney (16 June).

Join some of the world’s greatest minds at the Vivid Ideas Exchange, with more than 60 events covering everything from racism and cults to death, climate change, space and drugs. This series of talks, seminars, screenings and workshops is designed to spark debate among the creative community.

Many of the restaurants in the Kensington Street dining precinct have special offers during Vivid Sydney, including a complimentary Fire & Ice dessert at Eastside Bar & Grill; a complimentary bottle of Sicilian wine with the degustation menu at Olio; a complimentary serve of Rainbow Dumplings with any whole duck at Holy Duck; and 15% off selected cocktails at Cartel, Gin Lane and Blossom Bar.

Step off The Goods Line at Darling Square to refresh with a limited-edition Vivid Sydney drink at Bubble Nini Tea. The Milky Way milk tea and Super Nova sparkling fruit drink both come with light-up coasters and glow-in-the-dark straws to take home.

For more information on Vivid Sydney and to book tickets, go to www.vividsydney.com. Get social using @vividsydney #vividsydney.

Vivid Sydney is an annual celebration of creativity, innovation and technology, which transforms Sydney for 23 days and nights. Staged for its 12th year in 2022, Vivid Sydney fuses mesmerising art displays and 3D light projections with exhilarating live music performances and deep-dive discussions from some of the world’s brightest minds, as well as the Sydney Opera House Lighting of the Sails. Vivid Sydney is owned, managed and produced by Destination NSW, the NSW Government’s tourism and major events agency. 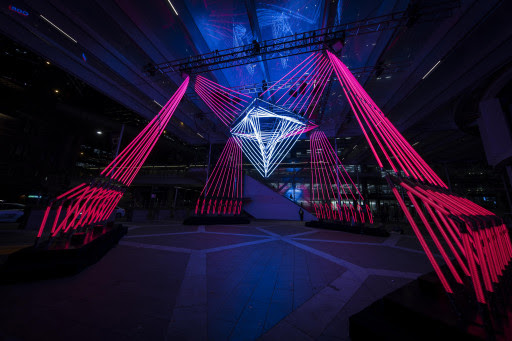 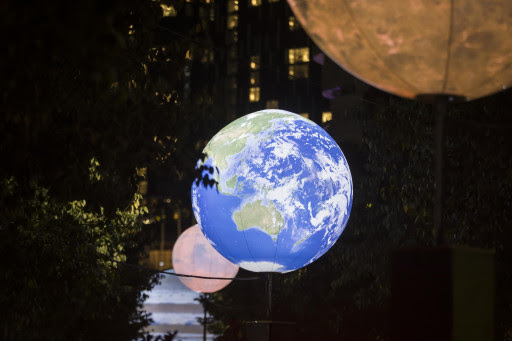 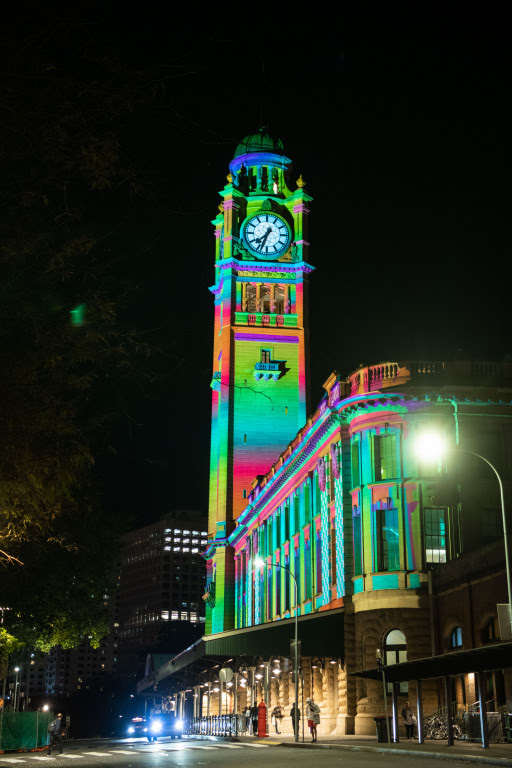 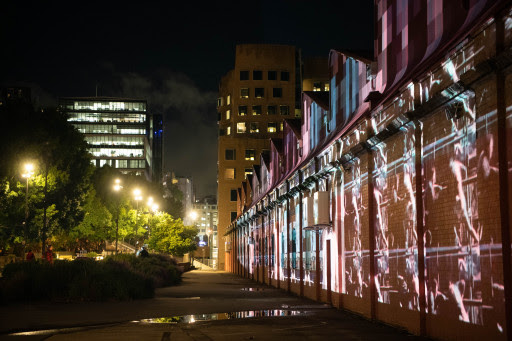 Image 4: We Dream The City