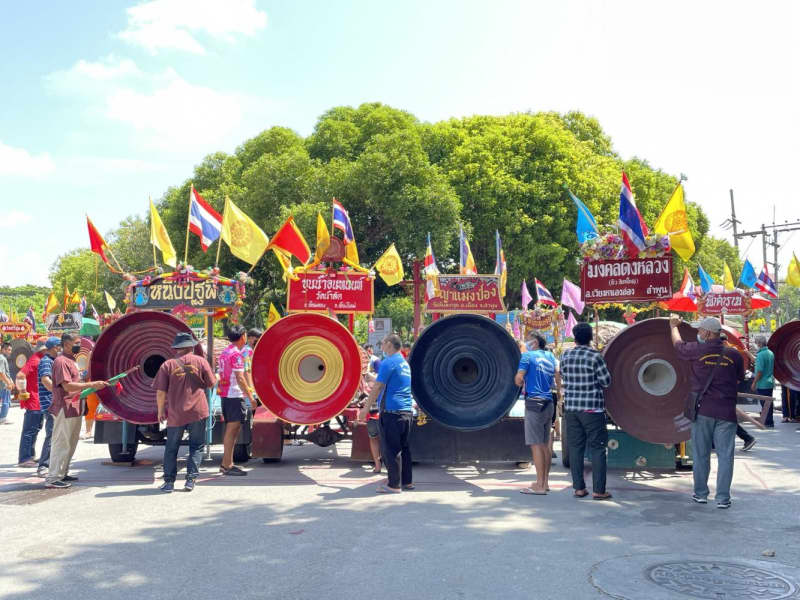 Despite the hot weather in the ancient town of Lamphun, a large crowd of Buddhist votaries gathered at the foot of Tha Nang Bridge to welcome the annual Klong Luang (Lanna-style big drum) contest back after a two-year hiatus as part of the seven-day Phra That Hariphunchai Bathing Festival to mark Visakha Bucha Day. The Klong Luang (Lanna-style big drum) contest returned to the ancient town of Lamphun to commemorate Visakha Bucha Day. Set against a backdrop of azure skies and classic Lanna-style setting, a colourful parade of wooden carts have been modified to accommodate giant drums and young …