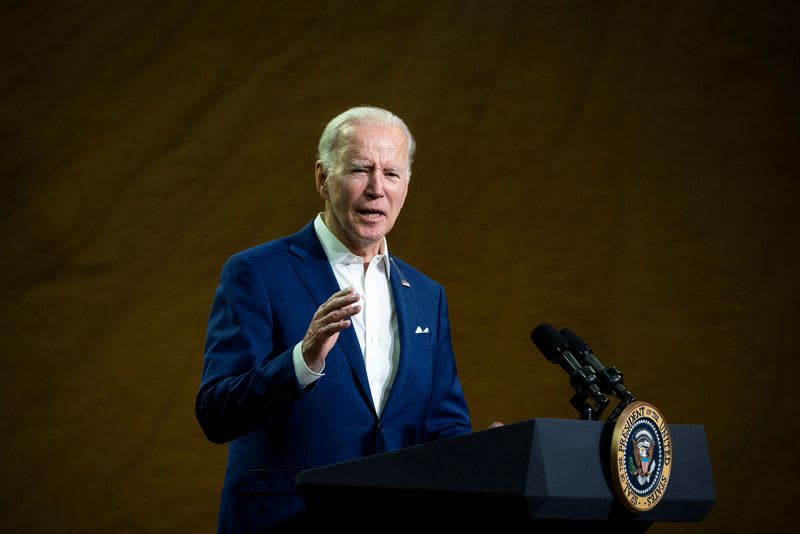 By Steve Holland and Jeff Mason DES MOINES, Iowa/WASHINGTON (Reuters) -U.S. President Joe Biden said for the first time on Tuesday that Russia’s invasion of Ukraine amounts to genocide then qualified the statement by saying that a legal process would make the final determination. Biden used the term genocide in a speech at an ethanol plant in Iowa and later stood by the description as he prepared to board Air Force One. “Yes, I called it genocide because it has become clearer and clearer that Putin is just trying to wipe out the idea of being able to be Ukrainian and the evidence is mounting,”…