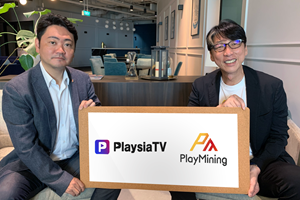 ACAFP is a Singapore-based football business company that plans to create multi-club ownership from Asia under the mission of “Release the value of Sports & Evolve”. Since February 2022, its owner club KMSK Deinze and DEA entered into a strategic partnership and they have already started working on the fan activation with the Web3 concept “Play&Earn”. KMSK Deinze’s fans play online games and get rewards such as season tickets or the club’s official goods, depending on how well they play the game. Through this activation, they aim to build the fan community outside of the stadium, too.

DEA has partnered with ACAFP to jointly develop PlaysiaTV, a unique video streaming service that incorporates the Web3 “Watch&Earn” concept and to start a collaboration with the PlayMining ecosystem.

They will create and distribute original content of ACAFP’s partnered clubs, and viewers may have a chance to get rewards by watching them online. This brand-new video streaming service enables sports fans to “Watch, Enjoy and Earn Rewards” and DEA believes this may release the value of sports at the same time as creating an additional touch point to widen the fan base.

■About PlaysiaTV
A video streaming service incorporating the Web3 “Watch&Earn” concept run by ACAFP. Viewers may enjoy the content just like playing games by letting them get rewards depending on their actions, such as the number or length of viewership. Also they plan to install the NFT concept to make a different price range of advertisements. Several channels will be out soon, including ACAFP and KMSK Deinze, and sports fans can enjoy documentary series or player interviews at any time from anywhere.

alpha version expected to be released around the beginning of September

■Comment from Mr. Hiroyuki Ono, CEO of ACAFP and Vice Chairman, Board of Director, KMSK Deinze
I am delighted to kick off the brand-new project with DEA, who already has started its strategic partnership with KMSK Deinze. We believe the value of football as a media, and taking recent trends into consideration, we believe we can reach a wider audience by creating and distributing original content by ourselves. On top of that, by integrating the Web3 concept, PlaysiaTV will be a brand-new platform and it will release the value of sports in the end. We plan to deliver game footage, documentaries, interview content and more, so please stay tuned.

■Comment from Naohito Yoshida, Founder & CEO of DEA
Even for us, a leading NFT Gaming platform company / PlayMining, this Watch&Earn project will be very challenging. One of the most fundamental revenue schemes at Web2 is “advertisement”. The concept of Watch&Earn is a significant step forward to take this business scheme to Web3 level. By partnering with ACAFP, our first content will be about football on PlaysiaTV. Football is one of the entertainments which make people enthusiastic at an international level. Please stay tuned for our Watch&Earn world starting with rich football content.

About ACA Football Partners
ACAFP is a Singapore-based football business company that plans to create multi-club ownership from Asia, and is a member of the ACA Group, whose core business is private equity fund management. Distinguished football industry experts active in Europe have joined the team as founding members in support of ACAFP’s mission to “Release the value of Sports & Evolve”. In the future, ACAFP will further expand its network by executing capital and business alliances with partner clubs that support this mission, and will play a role in accelerating the global development of European football.

About KMSK Deinze
Founded in 1926, KMSK Deinze is a historic football club belonging to the second division of the Belgian Pro League/First Division B. The city of Deinze, the hometown of KMSK, is located in the East Flanders region and is known as a place where many wealthy people live. In the 2019-20 season, the club was promoted to the second division of the Belgian Pro League. In the 2020-21 season, their first year of promotion, they finished a respectable fourth (out of eight clubs). The club is growing rapidly and has announced plans to build a new stadium.

Digital Entertainment Asset Pte. Ltd. | https://dea.sg/jp
DEA, a GameFi platform business, was founded in Singapore in August 2018, and is developing “JobTribes”, a Play to Earn game, and “PlayMining NFT”, an “NFT marketplace”. Using blockchain technology, the company aims to realize a world where one can create value by having fun. 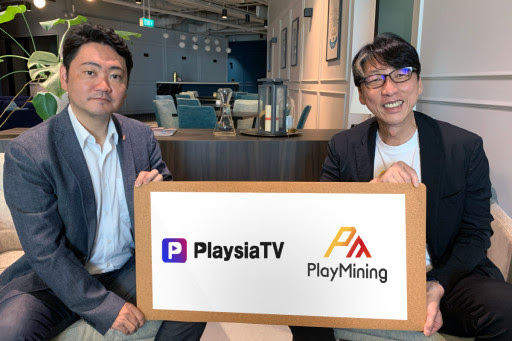