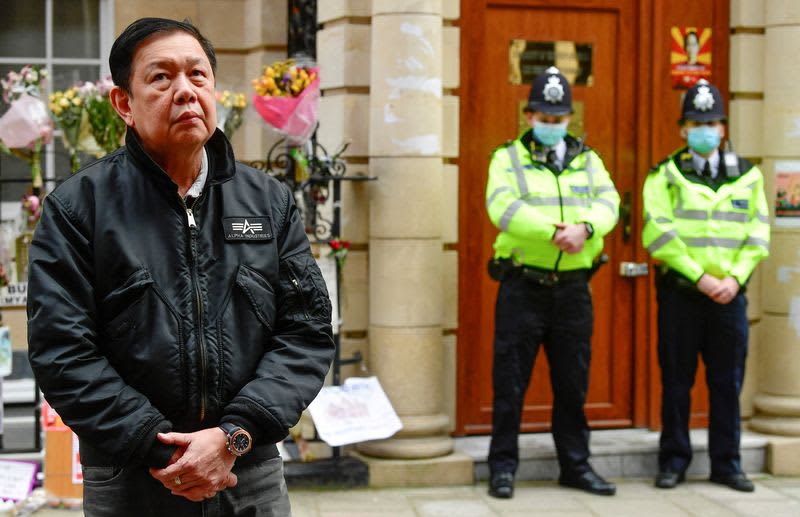 By John Geddie and Poppy McPherson LONDON (Reuters) – Britain has urged Myanmar’s former ambassador to leave the official London residence where he has continued to live since he was ousted for criticising last year’s military coup, citing pressure from the junta, according to emails seen by Reuters. Kyaw Zwar Minn was locked out of his embassy last April by his own staff after calling for the release of Myanmar’s civilian leader Aung San Suu Kyi, detained alongside most of her government in the Feb. 1 coup. The coup sparked international outrage, sanctions against Myanmar’s military, includin…