Together with the UKAEA’s world-leading researchers, General Fusion progresses its Fusion Demonstration Program 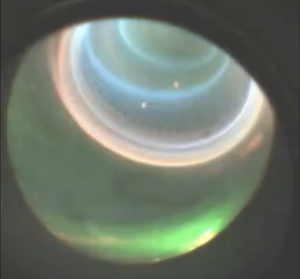 General Fusion has formed over 200,000 hydrogen plasmas and relies on intelligent diagnostics to observe them. Our projects with the UKAEA include the additional study of the experiment results from General Fusion’s PI3 – the world’s largest and most powerful operational fusion plasma injector. Our joint efforts will create new, higher-fidelity physics models.

VANCOUVER, British Columbia, Oct. 17, 2022 (GLOBE NEWSWIRE) — Today, General Fusion and the UKAEA kick off projects to advance the commercialization of magnetized target fusion energy as part of an important collaborative agreement. With these unique projects, General Fusion will benefit from the vast experience of the UKAEA’s team. The results will hone the design of General Fusion’s demonstration machine being built at the Culham Campus, part of the thriving UK fusion cluster. Ultimately, the company expects the projects will support its efforts to provide low-cost and low-carbon energy to the electricity grid.

General Fusion’s approach to fusion maximizes the reapplication of existing industrialized technologies, bypassing the need for expensive superconducting magnets, significant new materials, or high-power lasers. The demonstration machine will create fusion conditions in a power-plant-relevant environment, confirming the performance and economics of the company’s technology.

“Fusion energy is one of the greatest scientific and engineering quests of our time,” said Ian Chapman, UKAEA CEO. “This collaboration will enable General Fusion to benefit from the ground-breaking research being done in the UK and supports our shared aims of making fusion part of the world’s future energy mix for generations to come.”

General Fusion benefits from the UKAEA’s expertise in building polychromators, which are used in an industry-standard diagnostic called Thomson Scattering that measures electron temperature. The UKAEA will be building a new, larger Thomson Scattering system, which will be installed on General Fusion’s fusion demonstration machine at Culham. Electron temperature measurements are used for thermal confinement calculations, a fundamental calculation to determine experiment success.

Since its founding, General Fusion has formed over 200,000 hydrogen plasmas, averaging 100 neutron-generating plasmas per day. In its collaboration with the UKAEA, the company will harness UKAEA’s extensive neutron modelling software and expertise to simulate the neutron flux distribution from General Fusion’s operational large-scale plasma injector (PI3) as well as future machines. The simulation results from PI3 will be used to develop higher level physics models that will inform the design of neutron diagnostics on future machines, including the fusion demonstration and commercial power plants.

In the past 20 years, enabling technologies, such as advanced composite materials and additive manufacturing, have offered innovative new pathways to resolve historical barriers to fusion energy. In General Fusion’s fusion demonstration, the design will use special steel that can withstand the high temperatures and compressive forces found in a fusion vessel. The UKAEA will use its vacuum facilities to test the specific steel that General Fusion will use and help inform the demonstration facility’s final design.

About General Fusion
General Fusion is pursuing a fast and practical approach to commercial fusion energy and is based in Vancouver, Canada, with locations in London, UK, and Oak Ridge, Tennessee, USA. The company was established in 2002 and is funded by a global syndicate of leading energy venture capital firms, industry leaders, and technology pioneers. Learn more at www.generalfusion.com.

About UKAEA
UK Atomic Energy Authority (UKAEA) carries out fusion energy research on behalf of the UK Government. We believe fusion will be part of the world’s future energy mix, and achieving this involves working at the forefront of science, engineering, and technology.

A photo accompanying this announcement is available at https://www.globenewswire.com/NewsRoom/AttachmentNg/2a66bef7-2c65-44be-ae8a-089ddce99e1e

A video accompanying this announcement is available at https://www.globenewswire.com/NewsRoom/AttachmentNg/00210685-fc62-49ef-954d-a1a6eedd9b9b