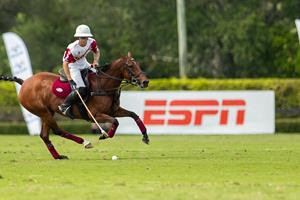 The original agreement, signed in 2022, was a landmark deal between the two entities that brought the sport of polo to a large global audience, extending to many parts of the world and the United States, with exposure to millions of households and multi-digital channels.

“The USPA views the ESPN relationship with great optimism for attracting an entirely new generation of young men and women to the greatest game on four legs,” said Stewart Armstrong, Chairman of the USPA. “The talent of the human athletes will only serve to demonstrate the incredible partnership of two superior athletes, human and equine, competing in an all-out battle of the best, all on the U.S. Polo Assn. Field at the new USPA National Polo Center (NPC) – Wellington. It’s going to be a phenomenal season.”

After airing several of the top polo tournaments in the world in 2022, including the heart-stopping XII Federation of International Polo (FIP) World Polo Championship Opening Ceremony featuring the USA Team, it’s anticipated that year two of the relationship will bring even more exposure to the “best kept secret” in sports. The multi-faceted agreement will again bring the finals of the top U.S. polo events to ESPN platforms. Games will be distributed on ESPN2, ESPNU, ESPNEWS, and available on-demand on the ESPN App.

In addition to the games, ESPN will again stream multiple 25-minute made-for-television shows produced by GPE. The shows, called “Global Polo presented by U.S. Polo Assn.,” serve as a behind-the-scenes look into the lives and careers of polo players and horses from around the world. Included in extended media distribution, these shows will air on beIN Sports, Horse & Country, Clip My Horse and Times of India.

“We are honored to collaborate with ESPN, the world’s most influential sports platform, on an historic relationship,” said J. Michael Prince, President and CEO of USPAGL, which manages the global, multi-billion-dollar U.S. Polo Assn. brand. “We have set our goal of bringing the sport of polo to millions of sports fans around the world.”

“By delivering exciting sport and lifestyle content in new and innovative ways alongside ESPN, we look forward to jointly broadening access to the sport of polo in ways that will grow both our sport and the U.S. Polo Assn. brand fanbase today and for years to come,” Prince added. “Now fans can watch polo on ESPN platforms, as well as in person at the amazing new NPC facility, in the heart of Wellington, considered the winter equestrian capital of the world.”

For the most up-to-date information and breaking news, sign up for the Polo Insider newsletter at globalpolo.com.

U.S. Polo Assn. is the official brand of the United States Polo Association (USPA), the nonprofit governing body for the sport of polo in the United States and one of the oldest sports governing bodies, having been founded in 1890. With a multi-billion-dollar global footprint and worldwide distribution through some 1,100 U.S. Polo Assn. retail stores and thousands of department stores as well as sporting goods channels, independent retailers and e-commerce, U.S. Polo Assn. offers apparel for men, women, and children, as well as accessories and footwear in more than 190 countries worldwide. Today, U.S. Polo Assn. is ranked the 28th largest licensor in the world and within the top five sports licensors in 2022, according to License Global. Visit uspoloassnglobal.com and follow @uspoloassn.

USPA Global Licensing Inc. (USPAGL) is the for-profit subsidiary of the USPA and its exclusive worldwide licensor. USPAGL manages the global, multi-billion-dollar U.S. Polo Assn. brand and is the steward of the USPA’s intellectual properties, providing the sport with a long-term source of revenue. Through its subsidiary, Global Polo Entertainment (GPE), USPAGL also manages Global Polo TV, which provides polo sport, and lifestyle content. In addition, USPAGL collaborates with ESPN and beIN Sports globally to share the sport of polo on television and on-demand to millions of viewers around the world. For more sport content, visit globalpolo.com.

The United States Polo Association was organized and exists for the purposes of promoting the game of polo, coordinating the activities of its Member Clubs and Registered Players, arranging and supervising polo tournaments, competitions and games, and providing rules, handicaps, and conditions for those tournaments, competitions, and games including the safety and welfare of participants and mounts. Founded in 1890, the USPA is the national governing body for the sport of polo. The USPA is currently comprised of almost 200 member clubs with thousands of individual members and oversees 40 national tournaments. For more information, please visit uspolo.org. 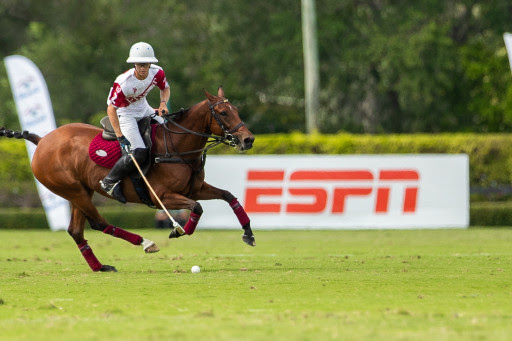