Gotrade is an investing platform that allows users to trade fractional shares of U.S. stocks and ETFs. 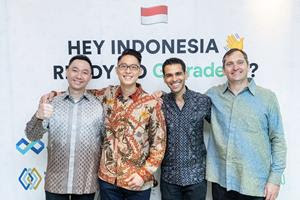 LABUAN, Malaysia, April 05, 2022 (GLOBE NEWSWIRE) — Gotrade allows users to invest in stocks and ETFs without commissions or hidden fees. Gotrade – the investing app on a mission to make investing accessible to everyone, everywhere – has raised $15.5 million in a Series A round led by Velocity Capital Fintech Ventures. The round also saw participation from investors around the globe including Mitsubishi UFJ Financial Group (MUFG) [Japan], BeeNext [Singapore], Kibo Ventures [Spain], Picus Capital [Germany] as well as returning investors LocalGlobe [UK], Social Leverage [US] & Raptor [US].

The funding was revealed one year after Gotrade launched, racking up over 500,000 users from over 140 countries with no marketing. The app’s viral growth has been fueled exclusively by word of mouth and customer referrals.

The company was founded in 2019 by Rohit Mulani, Norman Wanto and David Grant with the mission to make investing accessible to everyone, everywhere. Together, they developed the Gotrade app to allow users globally to buy fractional shares in global giants on the NYSE and NASDAQ from as little as $1.

Gotrade raised a $7 million seed round in 2021 from LocalGlobe and Social Leverage, both early backers of Robinhood. Once it received clearance from the Labuan Financial Services Authority of Malaysia, Gotrade rolled out an invite-only platform in March 2021, launching publicly in September 2021.

With zero marketing, the app has attracted over 500,000 users – with close to 90% of them being new to the U.S. stock market. Gotrade users have transacted over $400 million to date across more than 5 million trades.

Like Robinhood, Gotrade charges no commissions on its trades. Unlike Robinhood, it does not adopt the controversial practice of monetising from payment for order flow. Instead, it generates revenue by charging 0.50% to 1.20% in FX fees (depending on the source currency) if users choose to deposit their funds in local currency that is then converted into U.S. dollars for trading.

Included in this fee, Gotrade powers instant deposits – enabling users to capitalise on trading opportunities without having to pre-fund their accounts. Gotrade is also currently testing a premium membership product called Gotrade Black that gives its users access to premium features including candlestick charts, analyst ratings, target prices and a risk measurement, all for a $2 monthly membership fee.

Now, Gotrade is looking to go local thanks to the $15.5 million round led by Velocity. The round brings Gotrade’s total funding to date to $22.5 million as Velocity’s Don Montanaro joins the Board alongside LocalGlobe’s Remus Brett. Velocity Fintech is a veteran in the space with previous investments in TradeKing (acq. Ally Financial), 8 Securities (acq. SoFi) and a current investment in Bux. Montanaro was the founder and CEO at TradeKing, prior to joining Velocity.

“Everyone deserves the right to invest in their own future and control their financial destiny, and from the first moment we met Rohit and the fantastic Gotrade team, we knew they would succeed in delivering this power to Indonesia, Southeast Asia, and beyond,” said Velocity’s Montanaro. “Combining a simple, safe and friendly mobile app experience with fractional trading at zero commissions is a proven winning formula around the globe. As experienced investors and operators in this space, we’re thrilled to lead this investment round and excited to support Gotrade through every step of their journey forward,” said Don Montanaro.

The money will help Gotrade grow its team of 40 and launch localized versions of its product in various markets, starting with Southeast Asia. Launching local versions of Gotrade will allow the company to start offering its product in local languages with local deposit methods across the region, which the company expects will unlock significant further growth.

“Investing in Southeast Asia is broken. Over 600 million people can’t access quality investment products at fair prices. They are subject to mutual funds with expense ratios exceeding 5%, savings products like gold with 3% spreads and hidden fees peppered across their portfolios – not just by the incumbents but also by the companies that are meant to be the disruptors. We believe that investing should be fair and users should not have to bear these predatory costs,” said Gotrade founder Rohit Mulani.

In conjunction with its Series A funding, Gotrade announced the launch of Gotrade Indonesia – a platform built to enable users in Indonesia to invest as little as $1 in the likes of Tesla, Apple, Netflix et al. on an easy-to-use, commission-free platform.

Gotrade picked Indonesia as the first market to launch a local version of Gotrade simply because it was there that the problem seemed most pressing with mutual fund fees frequently exceeding 5%.

This led Gotrade to partner with Valbury Asia Futures, the Jakarta Futures Exchange and the Futures Clearing House of Indonesia – all regulated by Bappebti, the derivatives regulator in Indonesia, to design a fully backed derivative that gives the end users market access to U.S. stocks.

As per local regulations, funds are sent to the state-backed Futures Clearing House of Indonesia with trades made through Valbury and registered on the Jakarta Futures Exchange.

All trades are sent to Alpaca Securities LLC, a FINRA licensed broker-dealer in the U.S. and executed at the National Best Bid and Offer as per the U.S. Securities Exchange Commission’s regulations. As the trades execute directly in the U.S., all contracts on Gotrade are fully backed by real shares held in the U.S. This arrangement is supervised by Bappebti, the derivatives regulator in Indonesia.

Gotrade Indonesia is the first platform in Indonesia to offer this market access for U.S. stocks. Historically, people who wanted to buy U.S. shares from Indonesia would have had to either use a foreign stockbroker or trade CFDs locally with the latter resulting in substantial hidden fees of up to 1% per trade built into the bid-ask spread on the contracts.

The teams at Gotrade, Valbury, the Jakarta Futures Exchange and Kliring Berjangka Indonesia worked closely with local regulators to enable dollar-based investing and nine-decimal places fractional share investing – in another first for the industry. For instance, if Tesla is trading at $1,000/share, you can buy 1/1,000th of a Tesla share with $1.

“Andrew has been involved since the earliest days of the business in 2019 and has been instrumental in helping us achieve the success we have had so far. With the Valbury partnership and the launch of Gotrade Indonesia, we’ve been able to take our partnership to a new level and everyone felt it was time to recognise him for the pivotal role he’s played in the company’s past as well as the role he will continue play in the company’s future,” said Gotrade founder Rohit Mulani.

“The team at Gotrade is on a mission to completely reinvent investing for millions of Indonesians. I’ve been in the industry for over 20 years but as soon as I met the team in 2019, I knew that this was the team that would transform the industry. I am thrilled to be a part of the team at Gotrade and am excited to be a part of the next phase of the company’s hypergrowth,” said Gotrade co-founder Andrew Haryono.

Gotrade is rapidly building one of the most experienced teams in the wealth management space in Southeast Asia.

In addition to incoming co-founder Andrew Haryono, who boasts over 23 years of financial services experience, David Grant was the former CEO of Charles Schwab Singapore, also bringing over 20 years of retail brokerage experience.

Prior to joining Gotrade, Tan was a former partner at Zaid Ibrahim & Co, Malaysia’s leading law firm, whilst Ng was previously the financial controller for Asia Pacific at Oanda prior to taking up his new role.

Gotrade is a mobile app-based stock investing application that enables users to invest as little as $1 in fractional shares of U.S. stocks on an easy-to-use, commission-free platform. It was launched in 2019 with the vision of making investing fun, fair and simple for everyone, everywhere. Instruments on Gotrade are offered through Gotrade Securities Inc. Instruments on Gotrade Indonesia are offered through PT Valbury Asia Futures, a Bappebti licensed broker-dealer established in 1999 in Indonesia. 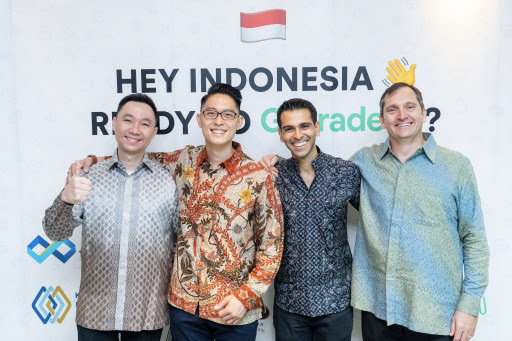 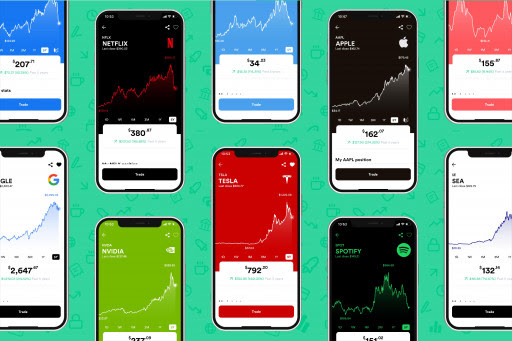 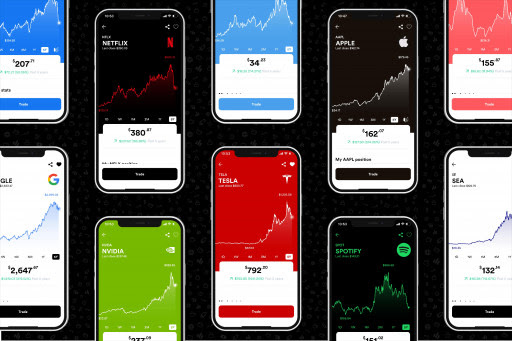