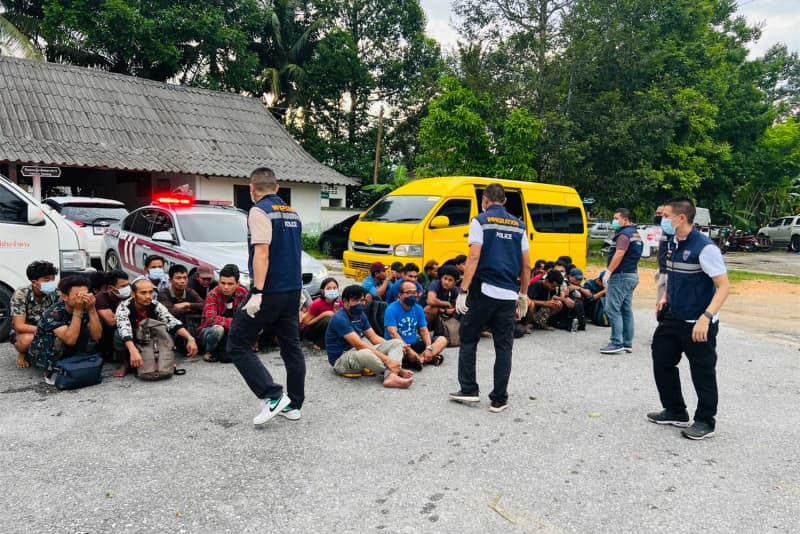 SONGKHLA: Myanmar job seekers arrested in Ratthaphum district told officials their brokerage fees had skyrocketed to 80,000 baht each, from 20,000 to 40,000 baht previously, because of the harsh crackdown on illegal migrants. They were among the 36 illegal job seekers caught by immigration officers and local police when they stopped two vans travelling on a highway in tambon Khuha Tai of Ratthaphum district early on Thursday. The first van, white with Samut Sakhon licence plates, was carrying 14 Myanmar nationals without travel documents. Sathaporn Phonphao, a 59-year-old Thai man, was the dri…