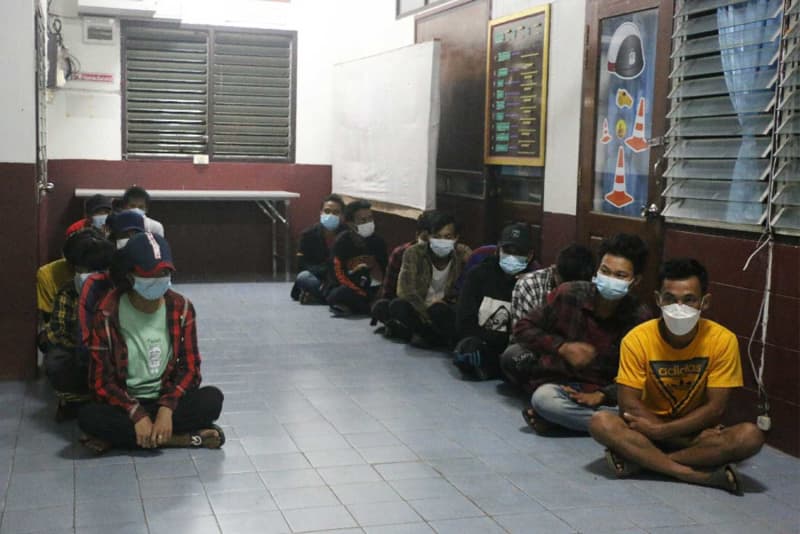 KANCHANABURI: Seventeen illegal job seekers from Myanmar were caught after a car chase while travelling away from the border on a pickup truck early on Thursday. The driver admitted it was not the first time he had helped people entering the country illegally. He was being paid 500 baht a head to deliver them to a spot in Sangkhla Buri district, where someone else would take them to jobs. Village defence volunteers arrested the driver, Kor-ou, 36, of Sangkhla Buri district, and the 17 passengers – 16 men and one woman – near Wat Lijia in tambon Prang Phon of Sangkhla Buri around 1.30am on Thur…