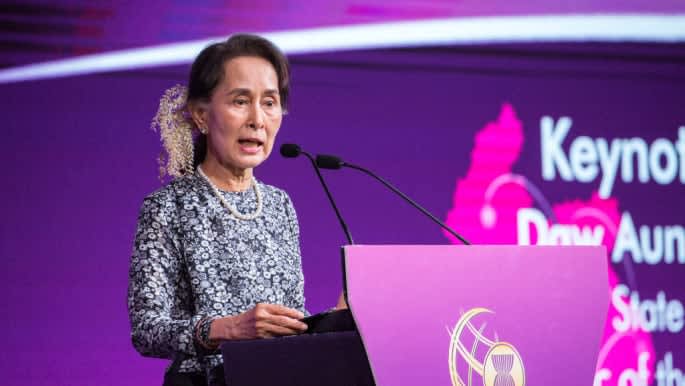 A court in military-ruled Myanmar sentenced on Monday ousted leader Aung San Suu Kyi to four years in jail on charges including possession of unlicensed walkie-talkies, a source familiar with the proceedings said. The latest sentencing in legal proceedings that rights groups have criticised as a farce and a “courtroom circus” means she faces a six-year jail term after two convictions last month. She is on trial in nearly a dozen cases that carry combined maximum sentences of more than 100 years in prison. She denies all charges. Nobel laureate Suu Kyi, 76, appeared calm when the verdict was re…