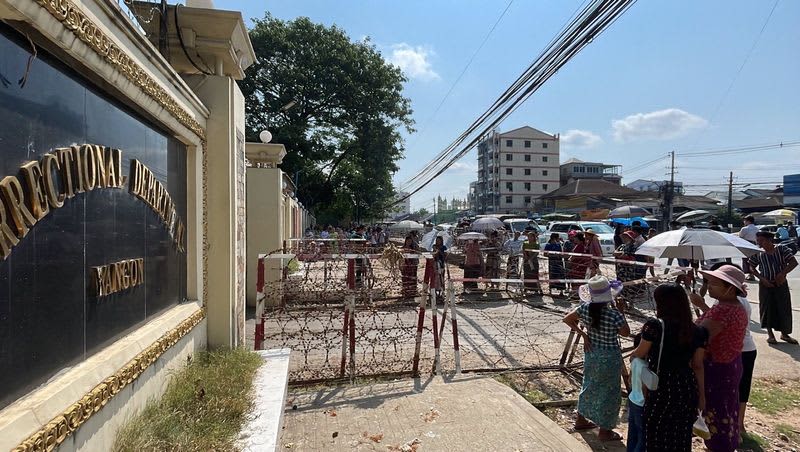 (Reuters) – Relatives of hundreds of prisoners gathered outside Myanmar’s Insein Prison on Sunday after the military government announced the release of 1,600 prisoners in an amnesty to mark the Southeast Asian nation’s new year. The number of prisoners released in the annual amnesty was a fraction of last year’s 23,000. It was unclear whether it would include jailed members of the civilian government overthrown in a Feb. 1, 2021 coup. A local reporter on the scene told Reuters that no political protesters had been released so far from Insein. Lieutenant General Aung Lin Dwe, a state secretary…