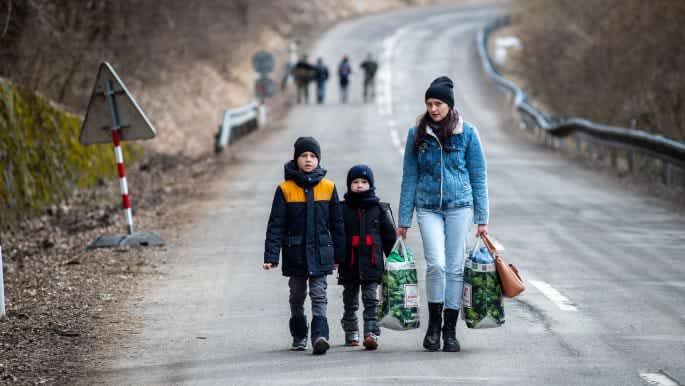 Russia’s war in Ukraine has driven the number of forcibly displaced people around the world above 100 million for the first time ever, the United Nations said on Monday. “The number of people forced to flee conflict, violence, human rights violations and persecution has now crossed the staggering milestone of 100 million for the first time on record, propelled by the war in Ukraine and other deadly conflicts,” said UNHCR, the UN Refugee Agency. The “alarming” figure must shake the world into ending the conflicts forcing record numbers to flee their own homes, the UNHCR said in a statement. UNH…