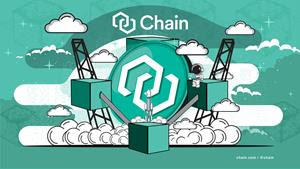 CHARLESTOWN, Saint Kitts and Nevis, Dec. 13, 2021 (GLOBE NEWSWIRE) — Chain, a ledger-as-a-service blockchain launched in 2014, is ready to bring its flagship product, Sequence, to the hands of institutional and business clients. Chain was a prominent blockchain start-up that received funding from, and partnered with major financial institutions, such as Visa, Citibank, and others, to launch custom blockchain products. Chain was acquired by Stellar back in 2018 for what was at the time one of the largest M&A deals in the entire blockchain space, at reportedly $500M.

Since then, Chain has been reacquired to continue developing its ledger-as-a-service product, Sequence. There is also an open source version aptly named Chain Core, available for developers.

The code base is undergoing a major overhaul by the new team with an expectation to launch Sequence v2 and Chain Core v2 in 2022.

“We are absolutely committed to bringing blockchain technology to major financial players in the legacy banking space. The original Chain team built novel software that was piloted by many until they ultimately merged with Stellar to create Interstellar, running on a public blockchain. However, legacy clients want close-ended systems, ones they can control. If we bring the efficiency of a blockchain and give them the close-ended tools they require, the space can be widely disrupted by Chain’s products. We are keen to bringing this to fruition,” said Deepak Thapliyal, Chain’s Chief Executive Officer.

Chain has also launched its native Chain Token, a self-described Ethereum based token that grants users access to discounts on Sequence as well as access to premium services on the product line. Chain Tokens will eventually enable governance and control over its DAO and public network.

Chain is positioned within a very niche area where there is low competition. Most highly used blockchains are public networks that require smart contracts to operate in a centralized manner in order to build out close-ended systems. These public blockchains can result in outages, delayed processing, and/or hard forks which can disrupt how legacy institutions conduct business. This is where Chain’s products can be leveraged to benefit from blockchain technology within their own environments.

To further promote its branding and products, Chain has teamed up with Twitter to launch a custom branded Chain Emoji featuring 5 hashtags: #ChainProtocol #SequenceLedger #CHNToken #ChainCore & #ChainTxVM. Chain aims to bring its market-ready products to the hands of clients looking for more control through higher efficiency of a blockchain.

Chain is cloud blockchain protocol that enables organizations to build better financial services from the ground up powered by Sequence, a ledger-as-service product that can be deployed within minutes through the Sequence Portal, and Chain Core, a permissioned open-source blockchain for developers. Learn more at chain.com

For all press, analyst, and speaking opportunities contact press@chain.com 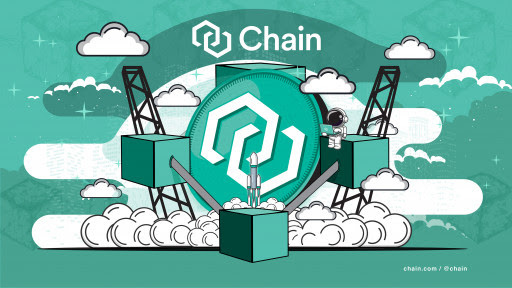