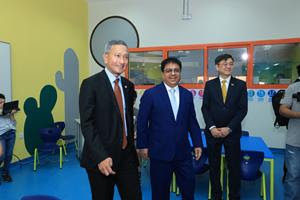 The guests visited learning spaces of OWIS and spent time with students. The Minister also attended a virtual session with the students of OWIS Singapore during which they interacted on various topics like the role of technology in future-oriented learning. GSF chairman Mr. Temurnikar took Dr. Vivian through the journey and vision of OWIS.

The Minister stated, “In this time of great transformation all over the world, including in Saudi Arabia, it is essential that we prepare our children to have open minds, open hearts and exposure to diversity. I think this is where the Global Schools Foundation focuses on ensuring that every child is exposed to the diversity that the world represents.”

OWIS Riyadh is an IB PYP candidate school following international curricula, including American Common Core State Standards and Next Generation Science Standards (NGSS). It is reputed for its multicultural environment, where students are learning in a values-driven programme underpinned by Kindness. The Singapore-headquartered school is part of GSF, which is recognised as the world’s most awarded network of schools by the World Book of Records, for its more than 400 international awards in academic excellence and best practices in education.

“We are attracting prestigious international schools that cater to all sections of the population and contributing to the transformational journey of Riyadh to become one of the best global cities in terms of quality of life for residents and expatriates. RCRC welcomes Minister of Foreign Affairs H.E. Dr. Balakrishnan and is confident Singapore’s expertise in international education will help enhance this sector in Riyadh”, Mr. Mazen stated.

Founded in 2002 and operating in 10 countries across Asia and the Middle East, Singapore-based GSF is internationally recognised for its high standards in established academic criteria, management processes and quality of governance. Built on the pillars of excellence and meritocracy, the foundation delivers education backed by an international network of schools and sports academies. 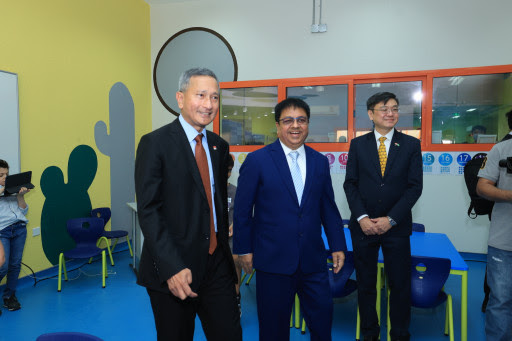