The company launched its new platform that enables software developers to publish and run their applications automatically in the cloud. This reduces the time from development to live operation from days to just a few minutes. 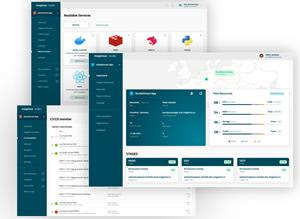 KÖLN, Germany, March 23, 2022 (GLOBE NEWSWIRE) — mogenius today launched its new platform that enables software developers to publish and run their applications automatically in the cloud. The integrated platform provides cloud resources based on Microsoft Azure, orchestrates scaling and automates the process of publishing container applications (CI/CD). In addition, all applications are protected against hacker and DDoS attacks with security features. For this, the company uses Cloudflare’s enterprise solution.

Users can manage and operate their projects with the graphical user interface mogenius studio. There, they can either publish an existing application to the cloud as a Dockerfile or start a new project using pre-built templates for over 30 programming languages and tools.

mogenius is targeting the estimated 27 million active software developers worldwide and a market of over $300 billion for cloud infrastructure per year. (Source: Statista)

Users can register on the portal for free. In addition, teams and companies can purchase premium offers with additional functionalities and cloud resources.

Gerrit Schumann, CEO of mogenius: “The global market for cloud computing is already huge, but inefficient and oftentimes confusing. Our solution makes the implementation of cloud-native applications much easier and more cost-effective. And thus becomes an important accelerator in the transformation to the cloud.”

Founded in 2021 by Gerrit Schumann, Benedikt Iltisberger, Behrang Alavi, Herbert Möckel and Jan Lepsky, mogenius develops solutions and developer tools for cloud applications. In February 2022, the company launched its self-service platform, which enables software developers to publish and operate applications in the cloud. 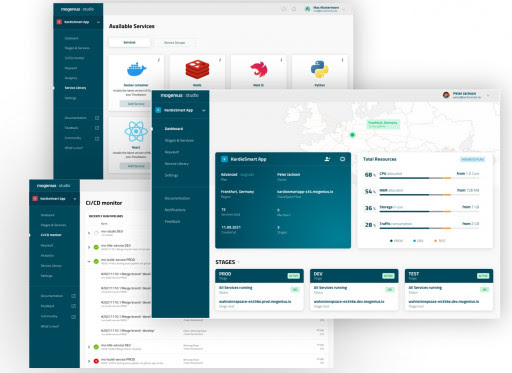 Easy-to-use graphical user interface for mogenius, the developer dahsboard for starting and running their projects.