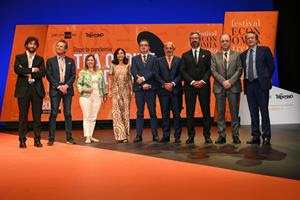 The 17th edition of the Trento Festival of Economics

TRENTO, Italy, June 06, 2022 (GLOBE NEWSWIRE) — The 17th edition of the Trento Festival of Economics closed yesterday. For the first time, the Gruppo 24 ORE and Trentino Marketing organised the festival on behalf of the Autonomous Province of Trento and with the contribution of the Municipality of Trento and the University of Trento. The data confirm the success of the new formula, especially the high participation, both by the public and by the over 600 speakers, 35% of them women, in the 228 events scheduled in the Festival, “Fuori Festival” (new 2022), “Economies of the territories”, “Meetings with the Author” and the live events on Radio 24.

A high-tech festival, with 66 events streamed on the platform, where it is also possible to review all the Festival meetings on demand, and aimed especially at young people, with two contests dedicated to them: the initiative “Visions of the Future” for university and PhD students and the hackathon “Made in Italy Challenge”, organised in collaboration with Financial Times and Il Sole 24 Ore, during which 25 young innovators under 35 presented to the Festival audience their innovative business ideas for the relaunch of Made in Italy.

In addition, the Festival launched two awards: the “Sustainable Enterprise Prize” by the Gruppo 24 ORE and the Pontifical Academy for Life, which will be awarded in October to the most sustainable small and medium-sized enterprises, and the “Economic and Social Non-Fiction Literary Prize”, aimed at Italian and foreign authors for unpublished texts written in Italian, promoted by Il Sole 24 Ore.

The entertainment programme of the Fuori Festival was also a great success, with the two classical music concerts, the encounter with Mahmood, the evening event with Zelig comedians and the five live Radio 24 shows sold out.

As for the media, the press office of the province – which has been responsible for this aspect and media relations since the first edition 17 years ago – provided around one hundred of journalists, administrative and secretarial staff, operators, photographers and IT specialists. Around 160 press releases were produced. The video technicians also did a great job, with 4 mobile control rooms, 10 camera positions for full events, 1 remote control room, 50 video technicians and the same number of audio technicians. 369 journalists were accredited this year and 249 of them were present in Trento, with reporters from the most important national newspapers and 10,000 photo shoots.

A photo accompanying this announcement is available at https://www.globenewswire.com/NewsRoom/AttachmentNg/0a2cd0e2-d00f-4fcf-ab0f-6057501f4613