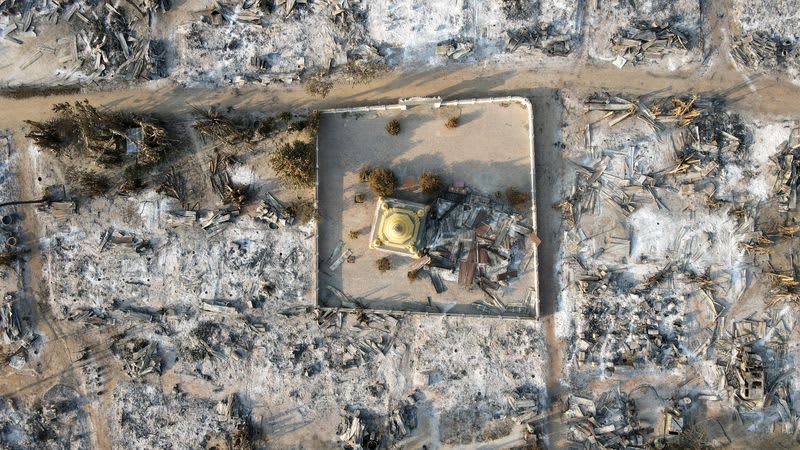 By Wa Lone and Poppy McPherson (Reuters) -Rubble and ashes, overlooked by a single golden pagoda, are almost all that remain of the wood and brick houses most people had built for themselves in the quiet riverside village of Bin in the Buddhist heartland of central Myanmar. Bin is one of more than 100 villages partially or completely burned by Myanmar’s military since the start of this year, its homes among more than 5,500 civilian buildings razed as troops try to suppress opposition to last year’s coup, according to media reports collated by activist group Data For Myanmar. Dozens of satellit…