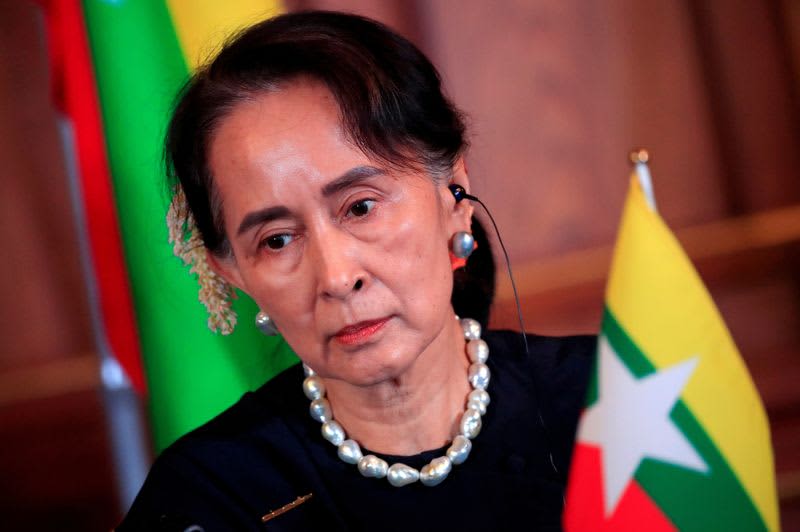 (Reuters) – Myanmar’s former leader Aung San Suu Kyi has called for unity among her people, according to a source familiar with her legal proceedings, in rare remarks since her overthrow in a military coup last year. Suu Kyi, the daughter of Myanmar’s late independence hero Aung San, is on trial accused of a litany of offences including violating a state secrets law and multiple counts of corruption, which carry combined maximum jail terms of more than 150 years. “Aung San Suu Kyi tells the people ‘be united’, to have open dialogue among each other. ‘Everyone has a different view – discuss and…