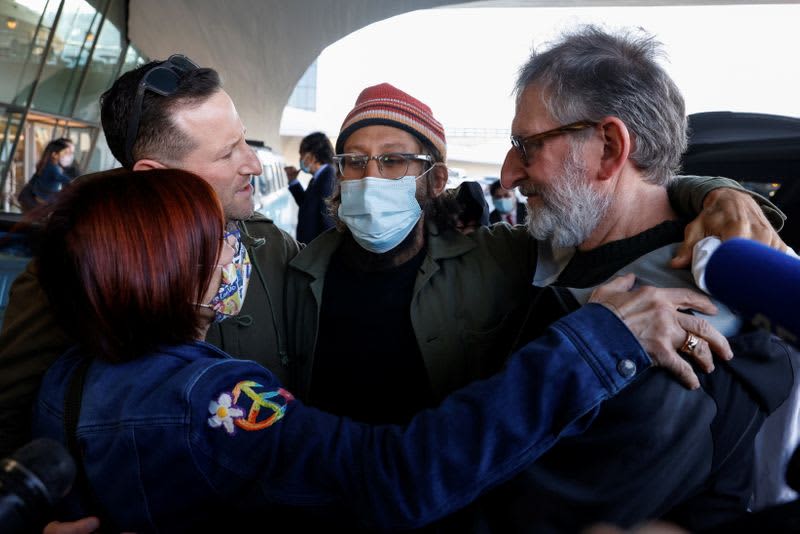 By Simon Lewis and Humeyra Pamuk (Reuters) – Journalist Danny Fenster had an emotional reunion with his family on his return to the United States on Tuesday after more than five months in a Myanmar prison cell, and he pledged to keep working for others still detained in the country. Fenster, 37, still wearing a red wool hat he said was given to him by a fellow inmate, said at New York’s John F. Kennedy International Airport that he felt “incredible” after being freed on Monday despite an 11-year prison sentence handed down just three days earlier. “It’s about this right here,” he said as he hu…